Indian laws distinctly mention the circumstances in which if a parent dies without making a last will or testament, then how will his/her assets like estate, finances, properties, etc., be settled. India’s succession laws are easy to understand and articulate details about how the property will be managed after the sudden demise of a person who has not executed his will. These laws of succession involve legal principles of management of assets of the deceased by the family members. This situation where the parent, unfortunately, dies without a will is very common amongst NRIs due to the recent covid outbreak.

The Indian Legal system has also established an order of preference for the family member(s) to inherit those assets. It should be pointed out that the laws of succession are divided into two parts. The first part is when the departed has left behind a fully enforceable will. The second part is when the person has died without leaving an enforceable will and this part is recognized as intestate succession.

Under Intestate succession, the principles of asset management and distribution are based on personal laws which differ between religions like Hindu, Muslim, and Christian. Whenever a person before dying makes will for only some estates and leaves the rest or whenever a person makes an invalid will, shall be delegated under the laws of Intestate Succession. It should also be noted that in a situation when there is more than one legal heir or successor, the vesting of estates can be confusing and a complex process. 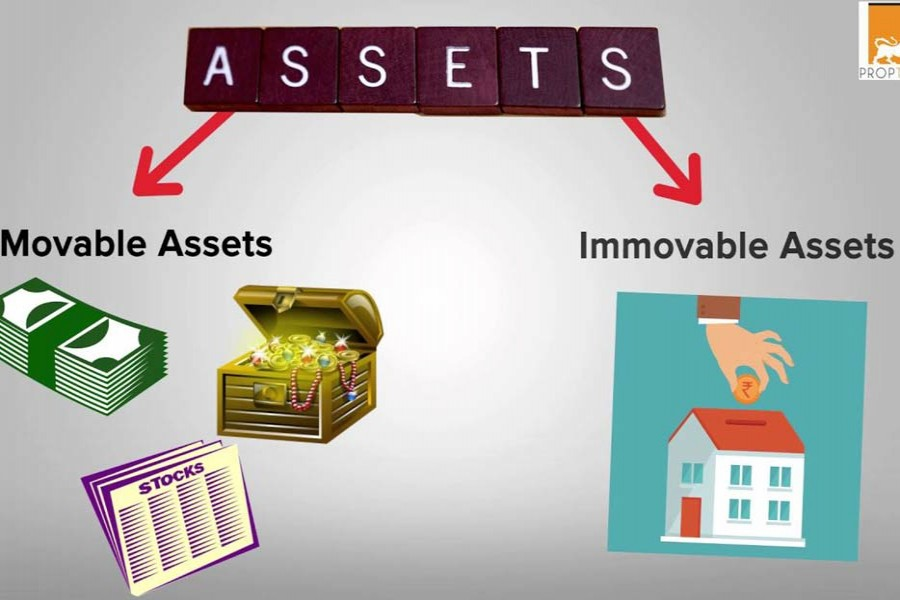 When an applicant or an heir wants to make a claim on the assets of the deceased parent then he requires a letter of Administration or a succession certificate issued by the court.

1. The letter of Administration is a document or an instrument that is given by a competent court and mentions the distribution of the assets among the heirs. This letter can be obtained by filing a petition in a District or High Court. 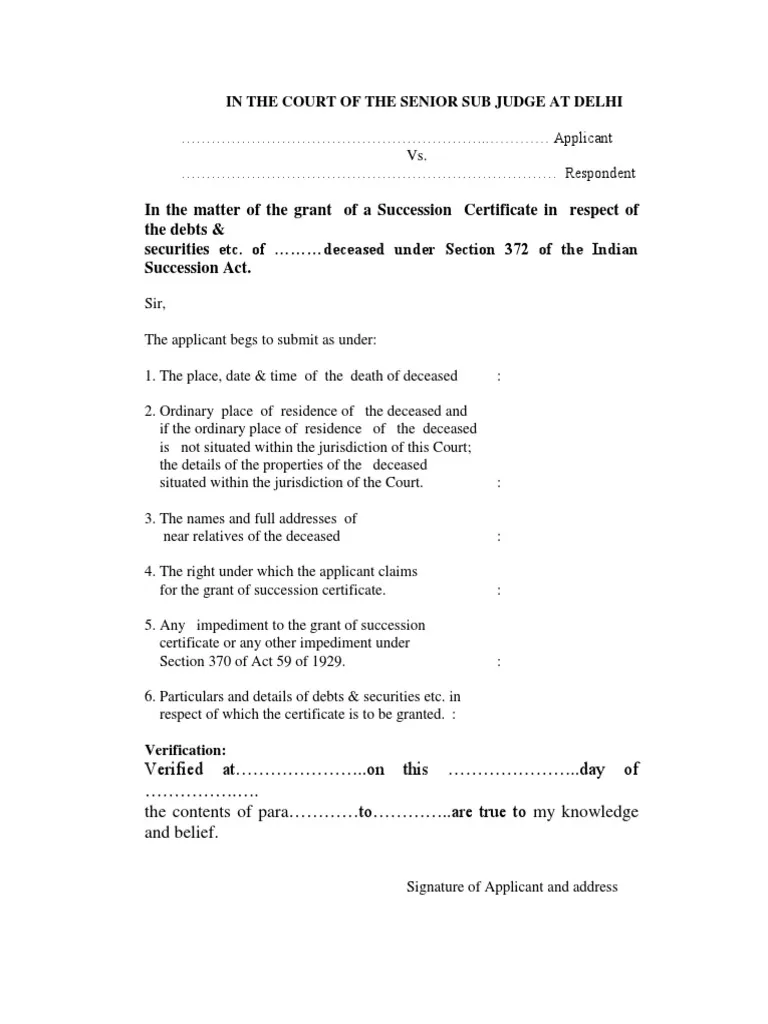 A will can be defined as a declaration of a person mentioning the transfer of his assets like estate and properties to another person after death. In India successions can be distributed into 2 categories:

What are the types of Succession?

Who is the person in-charge: Intestate Succession under different religions

The state law has provided a list of successors who will be eligible to be granted with the assets of the deceased person. If a probate court procedure is essential, then the court will choose someone based on the list of priorities. But it should be noted that each and every state has a different set of priorities based on different religions. Most states grant the surviving spouse or registered domestic partner as the first claimant, followed by adult children, which is then followed by other family relatives. Below mentioned is the line of successors based on different religions:

1. Hindus under the Hindu Succession Act, 1956 also clubs the succession process for Buddhists, Jains, Sikhs and Arya Samaj. Further the statute of succession are distributed as follows:

Class I: Under this, the property will equally be inherited by the Widow, Mother and each Children. Also, in a situation in which any of the child has predeceased then his/her spouse and children will succeed the share. The following are the relatives under this Class in order of the preference:

Class II: Under this, the first relative mentioned will get the full share altogether and if he is unavailable then the following named relative will be considered and so on. It is imperative to point out that only this Class will be considered in a situation wherein Class I is not available. The following are the relatives under this Class in order of the preference:

Class III: The relatives mentioned under this are Agnates of the deceased which means relatives only through male

Class IV: The relatives mentioned under this are Cognates of the deceased which means relatives not wholly through male

Female Hindus: Under this, the estate shall devolve upon the following mentioned points in order of preference:

2. Muslims have different personal laws for Shias and Sunnis which remain uncodified in legal nature. Although most Sunnis in India follow Hanafi Law which limits the succession to maximum one-third of the property remaining after funeral expenses, outstanding wages of domestic servants and debts. These laws are governed by the Mohammedan Law in which the sharers (inherit a specific share of the property) and residuaries (inherit the remainder or the property) can make a claim. If sharers and residuaries are deceased then the distant kindred will entitle the property.

3. Christians follow Section 32 of Indian Succession Act, 1925 in which Widow/Widower receives one-third share. Also, balance is given to the lineal descendants (includes each child/ children of the predeceased with equal share). In case there are no descendants one-half is taken by the Widow and the rest balance to other relatives known as kindred.

Under Christian line of succession, the assets are consolidated under two types of properties:

Movable assets are the assets which are not immovable like jewelry, cars, bank balance or other types of finances and regulates the law of domicile of the intestate at his/her death. To sort the successor of finances like bank balance and investments, there is a requirement of a nominee who will be held with the responsibility of all the finances by the banks. In case there is no nominee, then the applicant should produce a succession certificate. After these movable assets are consolidated, the applicant can secure the letter of Administration from the competent court.

Immovable assets contain the nature of properties that are attached to land like buildings, farms etc. In a situation where the title of the property is not distributed, then the heir should approach the competent district authority and ensure that there are no pending debts and finally get the confirmation of ownership of that property. The next step is to apply for mutation of the immovable asset which will update the government records. This application should be made with a local authority like the sub-divisional Magistrate having competent jurisdiction. In case there are multiple heirs, the application will contain the names of all the Heirs. The application, in that case, can also inform the court about the division of the immovable property between the  Successors.

If an NRI is suffering from the recent loss of his/her parent dying due to covid-19 and they have left no will, here is the process to be followed:

Before anything else, a list of assets, financial transactions with documents and tax returns, and such statements should be gathered till the date of death. These can be useful to establish ownership and relationship between the deceased and the rightful successor had the parent(s) left a will.

Sometimes, if the deceased parent who hasn’t left any will might have a ‘POD (Payable on Death)’ in their account which will automatically enable the assets to the rightful owner on account of death and the probate process can be avoided

In order to gather these documents or after keeping all the necessary transaction statements, a lawyer should be appointed. The lawyer should be trusted and who has experience in the field. That lawyer will then check whether a probate is necessary or not according to the information gathered. Since there is no will, the petition should be filed and the above-mentioned procedure will then be followed in which the applicant has a chance to be assigned as the Legal Heir and rightful owner of all the assets.

What happens if your dad died without a will and his parents are still alive?

In case a male dies intestate then his assets will be distributed according to the Hindu Succession Act and the property will be delegated to the legal heirs of the deceased.

What happens if you die without a will and you are married?

What is Intestate property in Montana of a parent that dies without a will?

If there are no eligible family members, then the estate will be given to the Government. Although, the State can assign any successor of the deceased or anyone who will reasonably be given the property has the deceased made the will. More information about the distribution of assets is mentioned in the above article.

If a parent dies Intestate then how to be in charge of the bank account and funds?

When an applicant or an heir wants to make a claim on the assets of the deceased then he requires a letter of Administration or a succession certificate issued by the court. The letter of Administration is a document or an instrument that is given by a competent court and mentions the distribution of the assets among the heirs. A succession certificate is granted to the person who wants to inherit debts, securities, and other movable assets of the deceased.

What happens if someone dies without a will and is in a domestic partnership?

What happens if someone dies without a will and is single?

If the departed person is single and doesn’t have any children, then the parents will be entitled to the entire assets if both of them are living. Otherwise, the properties will be divided among the siblings including half-siblings as well and the surviving parent, if one of the parents has died. If there are no surviving parents, then the property will be divided into equal parts among the siblings. If there are no surviving parents or siblings or descendants of the siblings like nieces and nephews then the family members on the mother’s side will inherit one-half of the estate and the other one-half will be given to the family members on the father’s side. On the other hand, if someone who has died without a will is single but has children then the entire property will be passed on to the children in equal shares. If any child has died and that deceased child has any children then his share will go to the grandchildren.